I can't believe it has been over a month since I have updated my blog!  Life has been a bit crazy and I really haven't had anything blogworthy to post about weightloss or fantastic running.  Here is a brief run down of my life in the past month.


FLORIDA:
Operation Shrink da Ass was both a success and an epic failure.  The good news is that my shorts some how buttoned with ease.  It was not due to the workout schedule I posted.  I didn't do half of the stuff I set out to do, thus, an epic fail. 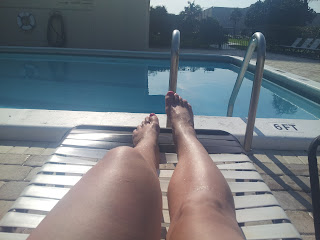 Florida was fun!  Aside from the airline losing my luggage and the panic attack of not having the option to borrow the clothing of my very skinny travel mates, I had four glorious days in the hot Florida sun.  A typical day consisted of walking the beach, laying in the sun/pool, and coming up to the condo to play a hair raising game of Sorry.

We take our Sorry playing pretty seriously and we even have a crown for the winner.  I am sad to say I was not the unlimate winner but I look damn good in the crown. 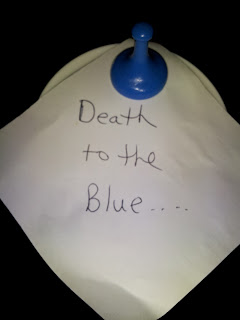 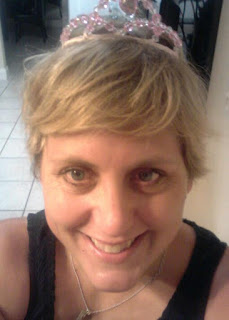 ﻿
BACK TO SCHOOL:
The kids started back to school.  I have a 4th grader, a 2nd grader, and a preschool diva.  School is going great so far.  My middle son's teacher pulled me aside at school and my first thought was "uh oh".  She went on and on about what a sweet, CALM, child he is in her class and how she loves how hard he works.  I busted out laughing and said she had the wrong kid.  When she assured me that she had the right kid, I jumped in and took all the credit.  I am a proud mama!  She doesn't have to know that this same child is the one who ran out of the house in his skivis just to punch his brother. 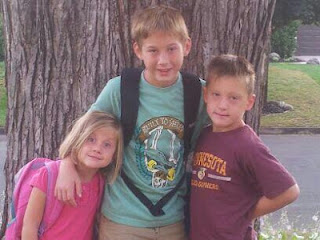 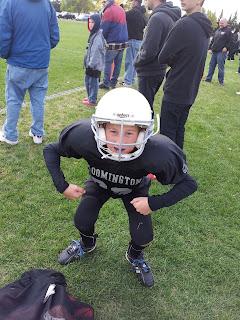 Both boys are playing football and Chubby Hubby is coaching one of the teams.  We have football every frackin' night for several frackin' hours.  And people say hockey is a crazy sport.  Speaking of hockey, that is going on too.  All three of them are playing and "preparing for the season".  I remember back in my day, there was a "hockey season".  Now you play all damn year.  Three kids in sports makes life interesting and we are never home.  As much as I love watching my kids play sports everyday, I do wish I had time to blog more, have clean laundry once in awhile, and remember what my husband looks like.  Oh well, first world problems, right?


Recognize the socks?  Yeah those would be my $65 marathon socks.  I only noticed he was wearing them when we got to the field.  Like any good mother, I told him to play hard and not ruin my expensive socks or I would kill him.


WARRIOR DASH:
This year I did the Warrior Dash in Hugo, MN.  It was a flat, muddy, course that had many of the same obstacles as the one I did last year.  There was a lot funny costumes and I enjoyed the people watching very much.  Despite one little height freak out (my friend along with a nice young lady running the race in a bra and undies helped me over the wall), I felt I did okay I think I finished in 45 or 50 minutes.  I didn't look at the time closely...well...because I truthfully don't care.  It was all for fun.  I finished the race with my friend Uncle Larry (not a man, not my uncle, but her real nickname). Afterwards, we enjoyed lots of beer....lots of beer.


Final Thoughts:  Meh.  I am kind of over the muddy race thing.  It was fun  but I gotta say, I am over paying a lot of money to crawl through shit smelling mud. 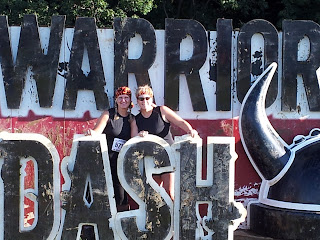 MARATHON(s):
Oh yeah, because I am not crazy enough, I may have committed to not one but TWO marathons in 2013.  How did that play out?  Well,  It started with with a text to Kelli saying that I am NOT doing a 2013 marathon.

Then came the phone call.
Kelli:  I totally understand. BUT when is life NOT going to be busy?  I am 100% in and I am doing Grandma's in June.
Me:  You bitch.  You know I can't be a spectator when you are running.
Kelli:

And there you have it....marathon commitment #1.   Grandma's Marathon 2013.  Glad I have such a strong back bone and do not cave to peer pressure.

The second marathon commitment came when my friend "Uncle Larry" (not a man, not my uncle) stated she wanted to run a marathon.  She was hmmming and haawing about which one to do.  I stepped in and recommended Twin Cities Marathon in October.  When she said that would be a fun race to do, I said "Sure, I will run this with you".  She jumped for joy having me by her side.  She gave me "I didn't ask you to run with me look" and gave me the obligatory high five then mumbled "this should be fun".
So Twin Cities Marathon 2013 here I come.

Please don't question my sanity (because I think it is long gone).  I will post more about my midlife crisis decision to run two marathons next year in another post!  For now, I need to get reacquainted with Hal Higdon and resurrect my poor neglected blog.